THE WHEEL OF THE PHARAOH 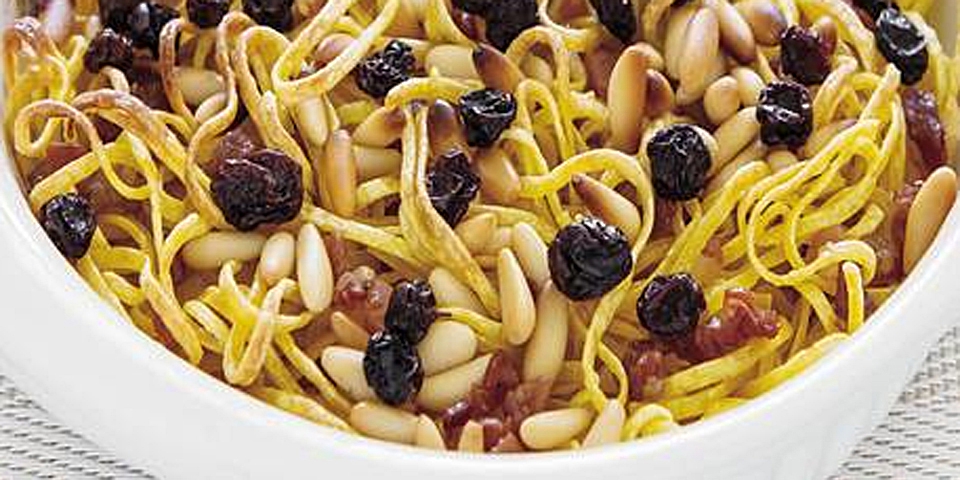 An example of this combination is the frisensal or Pharaoh's Wheel, a fine noodles pie, little meatballs, raisins, and pine nuts. The noodles were like waves of the sea, the little meatballs represent the Egyptians submerged by the waves of the Red Sea, as they tried to recapture the freed slaves. On Jewish tables the great History is told, also through the form, the ingredients, the smell of food; because, all the time, from one’s earliest childhood, the smell-taste of certain dishes is a scent that expands and fortifies the study of sacred texts, becoming, according to Proust, all one with learning. Palate, sense of smell and knowledge, intimately intertwined in a synaesthesia cognitive process, as the same Marcel Proust suggested (it is not by chance that his mother was Jewish). All the mothers of the Italian ghettos, in fact, taught the Hebrew alphabet to their children by drawing the letters with honey, so that by following the track with the little finger, children learned its form, only to associate study with sweetness.

Flavour the little meatballs (previously cooked in a pan with a little extra-virgin olive oil) with the roast gravy, the toasted pine nuts, and the raisins.

Boil the noodles in abundant salt water, strain them, season and place them in an oven-proof dish.