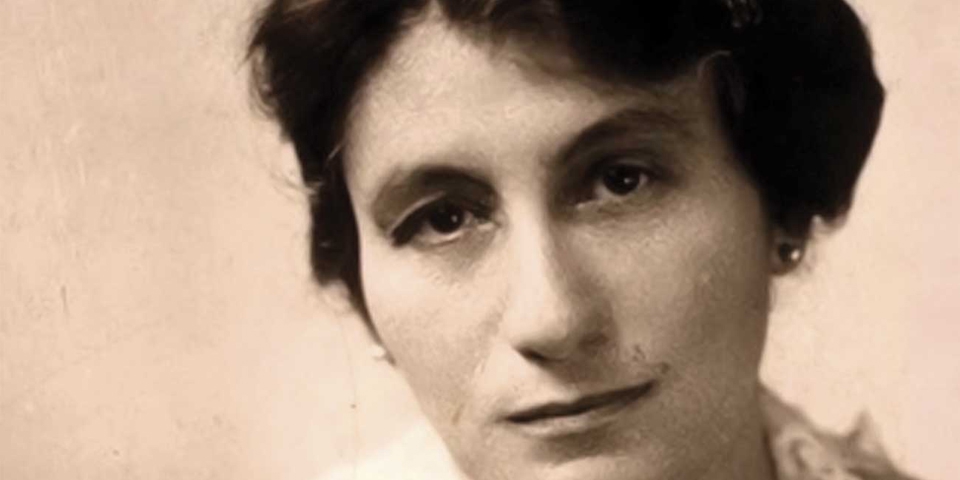 Aurelia Josz was born in Florence in 1869, the daughter of Ludovico Josz, a Triestinian of Hungarian origin, and Emilia Finzi, who belonged to an Italian Jewish family. She graduated in Literature in Florence, and was influenced by the city’s cosmopolitan atmosphere, which encouraged a progressive mentality, attentive to the problems of the position of women. At 21 she moved to Milan to teach at “Gaetana Agnesi” School. In 1902 she founded the first agricultural school for women in the "della Stella" orphanage in Milan (Palazzo delle Stelline). The school was changed to Niguarda in 1905. Her goal was to give girls the possibility of choosing their own profession and becoming agricultural professionals. Believing in the necessity of a modern vision of agriculture, she enrolled the most important agronomists as teachers and started courses such as silkworm rearing and beekeeping. The value of farming and returning to the soil was an important issue for Zionist Judaism; in fact Aurelia belonged to Bettino Levi’s Zionist group in Milan.

Fascism initially supported the school, but it was closed in 1930 because it was in competition with Fascist schools. Aurelia did not sign the oath to Fascism and in 1931 she was forced to give up all public activities. In 1938, when the Racial Laws were issued, she stayed in Italy and after September 8, 1943, she joined her sister Valeria in Alassio. Although she was hiding in a convent, she was arrested on April 15, 1944, sent to Marassi prison in Genoa and later deported first to the Fossoli concentration camp, then to the Auschwitz-Birkenau extermination camp, where she arrived on June 30, 1944. She was killed the following day.

After the war, in 1957, the school was opened again in the Cascina Frutteto inside Monza Park, where it still stands today. Monza House of Poetry has organized a Literary Competition in 2015, dedicated to her. The theme of the competition is “Agriculture is the art of being able to wait”.