Jews in Mantua and Milan

The present territory of Lombardy is not the same as it was in the past centuries. In the 15th and 16th century it was divided between the Duchy of Milan (under the Visconti, the Sforza and then Spain), the Duchy of Mantua (under the Gonzaga) and, for brief periods, the Republic of Venice. Several towns that were part of the Duchy of Milan, such as Piacenza, Alessandria or Novara, today aren’t part of Lombardy anymore. The Jews, however, have lived in the countryside or in small towns, even though for short periods linked to particular economic moments or before moving elsewhere. Today, the two Jewish communities existing in Lombardy are Milan and Mantua. But they have very different stories. 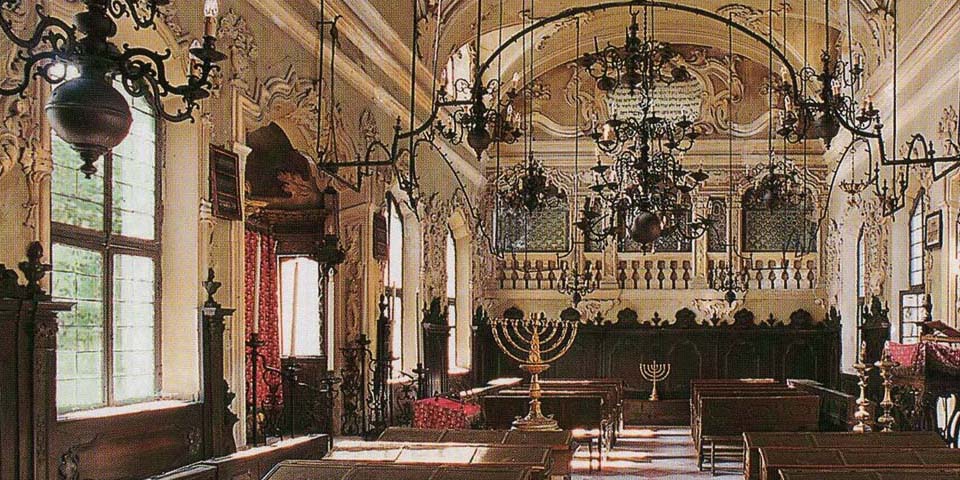 The Jews have been leading an intense life in Mantua and in the surrounding area for more than five centuries to the present day; their presence has been continuous and spread across the whole countryside. The 16th century was the golden age of these Jews, when the Duchy of the Gonzaga was formed and consolidated. In 48 towns of the Mantua territory lived small communities of Jews who worked as bankers, the only activity that they were allowed to practise. When the banks were replaced by Monti di Pietà, the Jews left many of these towns; in the 18th century only about ten Jews remained. The city of Mantua has always been the most important one. In 1600, 3.000 Jews lived in the town. When Mantua and its territory went under Austria’s dominion and the Jews were guaranteed equal rights in 1791, they contributed to the economic development of the area, establishing textile manufacture (linen and wool) and dedicating themselves to farming. When the area became part of the Italian Kingdom (1861), Mantua’s Jewish community consisted of 2.800 people. From that time on, many Jews started to leave the countryside to move to the cities. Later, several Jews left Mantua and chose to live in a bigger city, Milan. In fact, the first nucleus of Milan’s Jewish community were Jews coming from Mantua.

Differently from Mantua and its territory, until the beginning of the 19th century the Jews could not reside in Milan; they could only stay in the city for no more than three days, and just for business. So they lived in the surrounding areas. At the beginning of the 19th century, Milan was becoming the most important economic and industrial centre in Lombardy and the Jewish Community was formed as a section of Mantua’s one. It was comprised of about 30 people in 1820, 200 in 1840 and 700 in 1870. In 1866 Milan’s community, that had become bigger than Mantua’s, established a real “Jewish association”. The community grew quickly: in 1890 it counted 2.000 members, which became 4.500 in 1920 and 8.000 around the Thirties. Due to Hitler’s rise to power, many German Jews left Germany and moved to Italy. Also Italian Jews from Piemonte, Marche, Tuscany and Veneto came to Milan. In 1938, when the Fascist government enacted Racial Laws in Italy, around 12.000 were living in Milan and they were immediately expelled from schools and lost their jobs. About 5.000 of them managed to expatriate between 1939 and 1941 and fled to Palestine and to the Americas.

896 Jews were deported by the Germans, in close cooperation with the Italian Fascists, on boxcars leaving from Milan Central Station platform 21. Only 50 survived.

When the war ended, Milan’s community became a passage point for refugees and those spared from the concentration camps, and then, from the 1950s, for Jews coming from the Arab countries, when they were forced to leave the places where they had been living for centuries due to the Arab-Israeli wars. Today in Milan there are Jewish groups coming from more than fifteen countries: the most relevant groups today come from Egypt, Syria, Lebanon, Iraq, Iran. Milan’s community comprises 6.000 members and is the second biggest Jewish community in Italy after Rome.